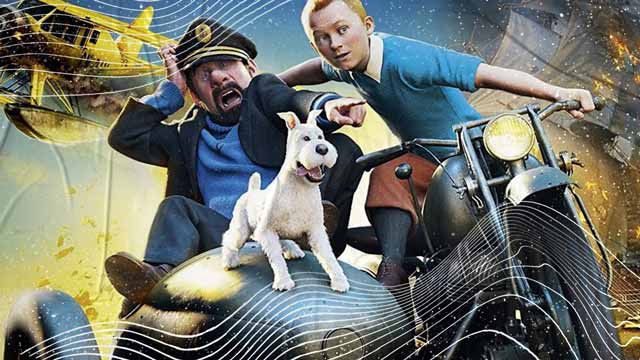 We all love well-crafted Animated Movies, and Netflix knows that. Animated Movies can work as a great stress buster, can act as an escape from our daily humdrum routines, and can give anyone a great time with the memorable cinematic experience. But as there are tons of amazing animated movies out there, it can be difficult to choose which movie you should enjoy (let’s just face it, every animated movie out there ain’t that good either)…so to help you out, Netflix has got the list of 5 Best Animated Movies.

Netflix has got the catalog of the most alluring and best-animated movies that will help you out to choose a great animated movie that you can enjoy alone or with your loved ones. So sit back and relax (or more correctly, read), as here at ClipHash we have assembled a list of 5 Best Animated Movies On Netflix which are a must-watch.

This animated musical fantasy film is set in the great city of New Orleans. 19-year-old hardworking waitress and aspiring young chef Tiana dreams of opening her own restaurant. Tiana then meets Prince Naveen (who is turned into a frog by the evil voodoo sorcerer Dr. Facilier). Mistaking her for a princess because of her costume and hoping to break the spell, Naveen asks Tiana to kiss him. In return for the kiss, Naveen offers Tiana the money that she needed. However, when she kisses Naveen, Tiana also turns into a frog. Now, they have to find a way to break the spell and to do so, Tiana and Naveen go on an adventure through the bayou, escaping demons and hunters to turn back into humans again before it is too late. With skilled direction & production, amazing performances by an ensemble voice cast, fascinating animation, appealing characters, music, and themes, this movie which is a modern-day retelling of a classic tale has received high critical acclaim and is loved by the audiences.

Written and directed by Brad Bird, this well-crafted movie follows the events after the first film (The Incredibles). Bob Parr a.k.a. Mr. Incredible is now a stay-at-home parent, taking care of his three kids, Violet, Dash, and Jack-Jack, while his wife Elastigirl a.k.a. Helen Parr is away on a mission assigned by Winston Deavor, a wealthy businessman. When a new dangerous cyber villain, Screenslaver comes with an evil plan to hypnotize the world through computer screens and who wants to turn the people against all superheroes, the Parrs and Frozone unite again to fight it and to win the public’s confidence in superheroes again. One of the most remarkable and highly successful releases of 2018, this Academy Award-nominated superhero film earned critical acclaim and audiences’ love & appreciation for its humor, musical score, and animation. If you are looking for a perfect way to spend your weekend nights with your family, then this cinematic piece is a perfect option for you.

Based on the best-selling novel by Deborah Ellis, this critically acclaimed animated drama film is emotionally moving and inspiring. The plot of this masterfully-crafted movie revolves around Parvana, an 11-year-old girl who lives in Kabul, Afghanistan, under the control of the Taliban. Parvana helped her father sell the family’s goods in the market, but when her father was wrongfully arrested, Parvana’s family was left without an adult male relative. To support her family, Parvana cut off her hair and started to dress like a boy in order to provide for her family. With her friend Shauzia by her side, Parvana learns about a new world that has both freedom and danger. As she begins on a journey to find & free her father and reunite her family, the spirited storyteller and determined Parvana draws strength from the fascinating stories she invents. With an awe-inspiring story & animation, this enchanting, inspiring and thrilling film in a must-watch.

Based on the comic book series of the same name by Belgian cartoonist Hergé, this critically praised movie follows Tintin, a fearless & adventurous young journalist. In 1930s Brussels, while shopping at an outside market with his loyal and amazing dog Snowy, Tintin purchases a miniature model of an old ship called the Unicorn. Sakharine, a suspicious character and later an Interpol officer named Barnaby, approaches Tintin in order to buy the model from him, but Tintin refuses. Soon, Tintin finds that the ship contains a piece of information about a concealed treasure. However before he can find it, Tintin is captured and offered over to the custody of rarely-sober Captain Archibald Haddock. Together, Tintin and Captain Haddock fight against other greedy hunters and set off on a treasure chase to find a submerged ship and the treasure in it. Produced and directed by the amazing Steven Spielberg, this awesome movie has stunning visual effects, appealing performances, arresting action scenes, and appealing music.

Highly acclaimed by the critics and loved by the audiences, this Academy Award-nominated movie has got everything you are looking in a masterfully-crafted animated cinematic piece. The plot of this intriguing movie follows Coraline Jones, a curious and adventurous 11-year-old girl. While exploring her new home, Coraline finds a secret door. Behind the door lies an otherworld that closely reflects her own world, but at the same time, is better. In the alternate world where everyone has buttons instead of eyes, Coraline meets her “other” family, which are caring and attentive. She celebrates in her discovery, until “Other Mother” invites Coraline to stay with them forever only if she lets her sew buttons over her eyes. Soon, Coraline starts to understand that the alternate world is a trick to draw her in so her “Other Mother” can “eat up her soul”. With the help of a talking cat, Coraline has to rescue her parents from the “Other Mother” and have to escape from the alternate world that contains dark & sinister secrets, using her intelligence, tricks, and bravery.

Hailed for its innovative animation, heartwarming story and vocal performances, this fascinating movie is a must-watch whether it is Christmas or not. When Jesper proves himself as the postal academy’s worst student, he is posted to a frozen island above the Arctic Circle, where the conflicting locals hardly talk to each other. Jesper is about to give up when he discovers a friend in Alva (a local teacher) and Klaus (an enigmatic carpenter who lives alone in a cabin full of handmade toys). Their unlikely friendship melts an age-old feud and brings smiles, laughter, and happiness to Smeerensburg, establishing new relations between greathearted neighbors and delivering tons of cheerful holiday traditions. Recipient of tons of awards and nominations including Academy Awards for the Best Animated Feature, this animated Christmas comedy-drama film is a cinematic piece that has the ability to give anyone a jolly-good time.

Set in the alternate version of the 1960s, this intriguing movie follows the Parrs, a family of superheroes that includes Mr. Incredible and Elastigirl, who are forced to live quiet suburban lives with their three kids as all super-powered activities have been banned by the government. While Mr. Incredible loves his wife and kids, he has a yearning to go back to a life of thrill & adventure. He gets his chance to do so when a mysterious communication summons him to a remote island to confront a vengeful fan-turned-enemy and his killer robot. But soon, Mr. Incredible is in trouble, and it’s up to his family to save him. A critical as well as commercial success, this amazing movie has received tons of awards and nominations including Academy Awards, Golden Globes, and People’s Choice Awards.