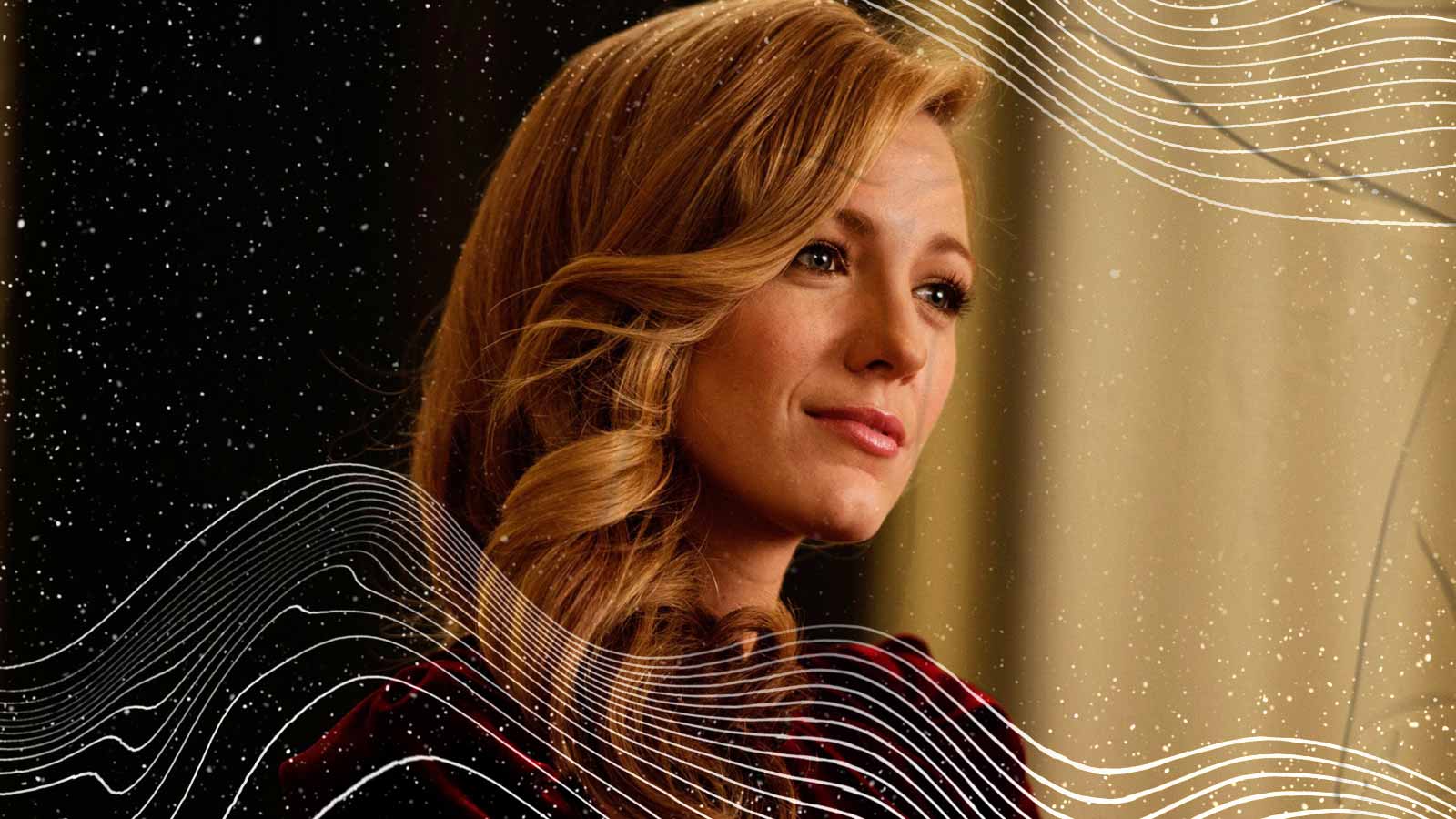 5 Best Blake Lively Movies: There is no doubt that Blake Lively is one of the most talented and beautiful actresses of Hollywood. Since her debut in 1998 with “Sandman” to her latest “The Rhythm Section”, Blake Lively has been the part of one of the most acclaimed and highly successful Hollywood movies. Recipient of tons of awards & nominations and followed by millions of die-hard fans on social media sites, Blake Lively has married actor Ryan Reynolds on 9 September 2012. With her major feature debut in 2005’s “The Sisterhood of Travelling Pants”, this 32-years-old actress has made her own place in the entertainment industry and deepened her love in the hearts of fans by appearing as Serena van der Woodsen in the amazing TV series “Gossip Girl”.

So if you are also a die-hard fan of this insanely talented and breathtaking beautiful actress, then here at ClipHash we’ve assembled a list of 5 Best Blake Lively Movies which are a must-watch.

A commercial as well as a critical success, The Town is adapted from the novel Prince of Thieves by Chuck Hogan. Based on actual events, this amazing crime thriller film follows Douglas “Doug” MacRay, who is a member of a group of Boston bank robbers. Doug’s ruthless crime partners have become a kinda family to him that he never had. Doug is really close to James “Jem” Coughlin and despite James’s threatening temper, he is like a brother to Doug. The group robs a bank and takes Claire Keesey (the assistant manager of the bank) as the hostage. When the group finds out that Claire lives in their neighborhood, Doug starts to follow her to find out what she knows and how much information she has given to the police. Claire has no idea who Doug really is and soon a romance starts to grow between them, and now Doug is hanging between his two worlds. Recipient of numerous awards and nominations, The Town is praised by the critics for its direction, screenplay, editing, writing, and the performances of the cast.

This awesome, kinda dark, and hilarious movie which is worth a cult following is capable of giving anyone a jolly-good time. Based on the 2017 novel of the same name by Darcey Bell, this well-crafted comedy thriller movie has been admired by the critics for its script, plot twists, and performances from Anna Kendrick and Blake Lively. A Simple Favor follows Stephanie Smothers, a widowed single mother and a small-town vlogger who befriends mysterious Emily Nelson, an upper-class woman who is the PR director for a fashion company. When Emily mysteriously goes missing, Stephanie attempts to find her. To do so, Stephanie starts to dig into Emily’s past and finds some jaw-dropping surprises along the way. A critical as well as commercial success, this awesome movie will give you some good doses of belly-laughs with some surprising yet amusing plot twists.

This amazing and gripping survival horror film is a must-watch. Nominated for People’s Choice Awards for Favorite Thriller Movie, this rip-roaring movie centers around Nancy Adams. After losing her mother, Nancy Adams (a medical student) travels to a secluded beach in Mexico. While surfing Nancy gets brutally attacked by a large great white shark, leaving her badly injured and stranded on an isolated rock which is 200 yards away from shore. Nancy is alone there on the rock with a wounded red-billed gull, which was also injured by the shark. The film follows how Nancy survives the deadly shark attack by using her wits, intelligence, and determination to survive. Highly praised by the critics and loved by the audiences, this blood-curdling yet highly enjoyable and intriguing movie is a perfect cinematic piece to be watched on a weekend night. With a powerful and jaw-dropping performance by Blake Lively, this movie will make your heart beat faster.

The first installment of The Sisterhood of the Traveling Pants film series, this comedy-drama movie is filled with heartfelt messages. Based on the 2001 novel of the same name by Ann Brashares, this fascinating movie revolves around the four 16-years-old teenage best friends Lena Kaligaris, Tabitha “Tibby” Rollins, Carmen Lowell, and Bridget “Bee” Vreeland from Bethesda, Maryland, who are about to spend their summer apart from one another for the first time. Bridget is heading to soccer camp in Mexico, Lena is paying a visit to her grandparents who lives in Santorini (Greece), Carmen is going to meet her father in South Carolina, and Tibby is staying at home. As they are about to move to different locations, the girls go shopping together and find a pair of jeans that fits them all perfectly. They decide that each one of them will keep the jeans for two weeks of their trip, and will keep passing them on to the next girl. As each of them faces serious problems, the jeans help them in some way or another. Loved by the audiences and praised by the critics, this movie has an emotional story, beautiful cinematography, and appealing performances by the cast, which will leave you with a smile on your face and positivity in your heart.

Written and directed by Woody Allen, this graceful movie has an amazing cast and a beautiful storyline. This romantic comedy-drama movie follows Bobby Dorfman, who moves from New York to the 1930’s Hollywood, where he lands a job with his uncle Phil, who is a powerful talent agent. Bobby falls in love with Veronica “Vonnie” Sybil. Vonnie who is the secretary of Phil is in a secret relationship with him as well. But when Vonnie and Phil’s affair ended, the friendship of Bobby and Vonnie turned into a budding romance. However, when Vonnie chose Phil over Bobby, then a heart-broken Bobby returned to New York City and began working in a nightclub with his gangster brother, Ben. At the nightclub, Bobby met beautiful Veronica Hayes, and they started dating and soon got married. But when Vonnie returned into Bobby’s life, everything changed. Appreciated by the critics and admired by the cinema lovers, this well-crafted bittersweet movie has a beautifully-written script, charming performances by the cast, appealing cinematography, and skilled direction & production. If you want to indulge in a heartfelt movie, then this fascinating cinematic piece is perfect for you.

We hope you know that if a movie contains one of the biggest and most amazing ensemble cast, then you can’t afford to miss watching that movie. Appreciated by the critics and admired by the audiences, this romantic comedy-drama movie revolves around the life of Pippa Lee. From outside, the suburban life of Pippa Lee is perfect, but from inside she hides a troubled past full of difficulties and hardships. Neglected by her neurotic drug-taking mother, when Pipa moves to live with her aunt and roommate, she is exploited by her Aunt’s lover. When Pipa was living a bohemian life of drugs and was working as an exotic dancer, she meets the charismatic publisher Herb Lee who is 30 years older than her. Pipa marries Herb, and the couple have two children. Now Pipa has become a “perfect wife”, and is accompanying her husband to a retirement community in Connecticut. But as the couple grows apart, Pipa finds out that Herb is having an affair with one of her friends, and Pipa is getting close to a younger man named Chris. When Herb dies due to a fatal heart attack, Pipa refuses to organize his burial, leaving the details to her children, and leaves her life of subservience to explore the new relationship with Chris. With a very well written script, appealing performances by the cast, appealing cinematography, and skilled direction & production, this well-crafted, intriguing, and enjoyable movie is a must-watch.