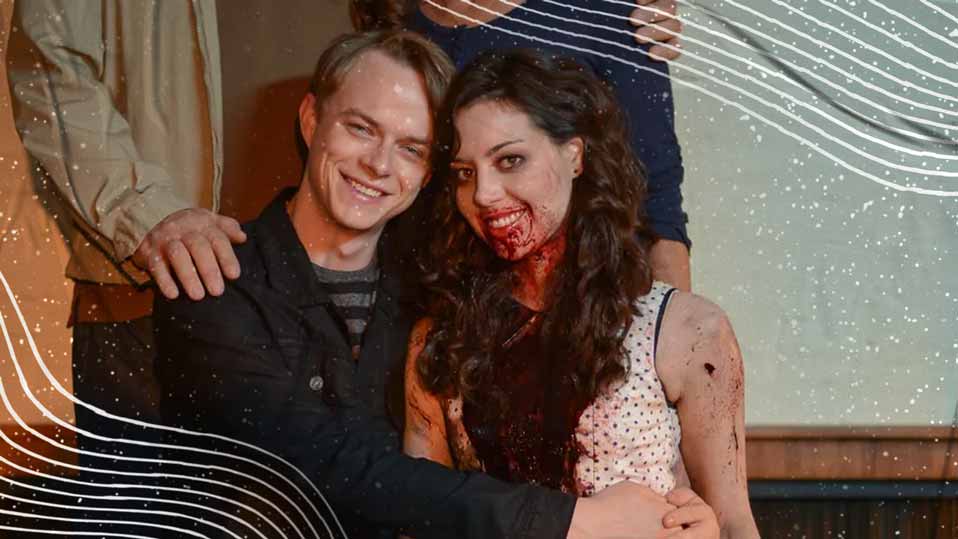 Dark Comedies on Netflix that got us ROFL!!! Dark comedy is a comedy genre that has been getting extremely popular nowadays. Also known as Black Comedy, Black Humor or Gallows Humor, it is a comic style that builds whimsical and light humor around its subject, which are considered serious, taboo or painful to talk.

With some major belly-laughters and slapstick routines with LOL moments, Dark Comedy delivers some thought-provoking messages very easily, which are highly enjoyed as well as appreciated by audiences.

So here we’ve assembled a list of  5 Best Dark Comedies on Netflix that got us ROFL and left us with some very important messages:

Based on the novel of the same name by Irvine Welsh, this movie centers around topics like addiction, urban poverty, and squalor in Edinburgh. In 2017, Time Out magazine ranked it as the 10th best British film ever, in 2004 it is voted as the best Scottish film of all time in a general public poll, and British Film Institute (BFI) ranked it at 10th position in its list of Top 100 British films of the 20th century. A  “Certified Fresh” movie that was acclaimed by the critics and audiences all around the globe has left a legacy behind it and has developed a cult following. The film revolves around the lives of a group of heroin addicts who shares a flat and lives in an economically depressed neighborhood of Edinburgh.

A ‘side-splitting’ film that centers around single people who are given 45 days to find a romantic companion and if they fail to do this, then they will be turned into animals. An absurdist dystopian black comedy film, which was highly praised by critics and was nominated for numerous awards including Academy Awards, Golden Globe Awards and many more. A film that is kinda strange and completely ‘bonkers’ is hilarious and has eye-catching visuals, intriguing story-line, fascinating cinematography, and compelling characters played fluently. This movie is made with brilliance and is a laughter riot.

Based on the novel of the same name by Ted Thompson, this movie revolves around a dysfunctional family which includes an ex-couple Anders Harris & Helene Harris and their son Preston Harris, who is a recovering addict. With incredible performances, a strong script, and appealing direction, this well-crafted film received praise from critics for its deep and bitter-sweet story which was efficiently crafted into a film with giggles, jokes, and meaning that touched the people’s hearts.

An ‘unapologetically’ mean comedy film that is dark and is filled with satires, stars two of the most iconic actors of Hollywood i.e. Brad Pitt and George Clooney. A critical, as well as a commercial success which was nominated for Golden Globe Awards and BAFTA Awards, revolves around a storyline, when a disk that contains secretive & mysterious information from a CIA agent Osbourne Cox, ends up in the hands of Chad Feldheimer and Linda Litzke, two crafty and opportunistic gym employees who attempt to sell it, while Harry Pfarrer who is a crooked and incompetent U.S. Marshal, tries to retrieve it.

A movie that will give you some major belly laughs with its storyline which revolves around Zach Orfman, who is grieving the death of his girlfriend Beth Slocum, but soon learns that she has returned from the dead but now she is in a ‘full-blown’ zombie mode. The film sees how Zach tries to maintain Beth’s craving for human flesh and her mood swings, etc. in a hysterically funny way. The film can give a ‘one hell of a good time’ to anyone alongside some serious dose of laughter with its hilarious script, well-done performances, and pleasing direction.