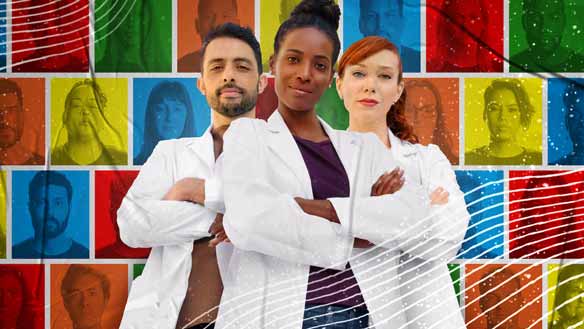 1.  Sleep Can Improve Your Memory

The dogma that older cant retain memory is proved wrong in the second episode of Netflix’s 100 Humans when the humans were given the task to memorize a list of groceries while facing the obstacles simultaneously. However, opposite to the expectations, the older did not come last. The reason behind this was ascertained as the older tend to take enough sleep which helps them to remember things more than the younger ones.

2. Music Affects Our Sense of Taste

This sounds weird but the type of music does affect our taste. In this episode of Sound and taste, the 100 humans were given a variety of food and drinks and the music was played while they were eating. The squad was divided into three different groups. In one group, the sound of tubas was played, in one group piccolos was played, and in the third group was kept in silence via mimes. Later it was found that the group that listened to piccolos (Music with higher notes) rated their food higher than the ones who listened to tubas (music with lower notes).

In an episode of 100 Humans,  the phenomenon that “old people smell” turned out to be true. The participants were freshly showered that included both young and old people. Initially, more than 50 people were able to guess the group by smelling. However, the results turned out to be dramatic after a body odour was worked up, major of the participants were able to correctly distinguish between young and old h`uman.

4. Humans judge each other on the basis of their looks

This experiment was very interesting and eye-opening as it proved that people indeed judge each other on the basis of the looks. The participants were handed with pictures of criminals with little information on their crimes. It included photos of an attractive person and others with a photo of a less good-looking person. The 100 humans gave a relatively shorter sentence to the attractive person than the less good looking person and also justified his crime and expressed sympathy for him.

It is been said that criticism ignites a sense of energy and the person starts performing well. However, it is proved wrong in episode five, “Pain vs. Pleasure” of 100 Humans. The participants were given the task called plate spinning and on the basis of their performance, they were praised or criticized. Later it was found that the participants who were praised performed better in the second round than those who were criticized.