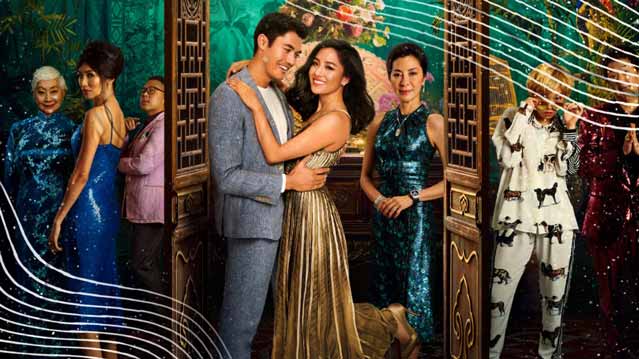 5 Best Movies On HBO Now And HBO Go: HBO, home to the revolutionary Movies, Series, Comedies and much more. HBO has the catalog of one of the most beloved and breathtaking movies, that we can’t miss them. Both HBO & HBO Go has the stock of entertainment that we need, to get through our tiresome ‘daily grinds’.

So here we’ve assembled the 5 Best Movies On HBO Now And HBO Go, that you cannot afford to miss:

Ranked as one of the top ten films of 2018 by the American Film Institute, this period black comedy film swept the audiences as well as critics by their feet with its incredible screenplay, jaw-dropping acting, beautiful direction, harmonious music, fascinating costume designing, imaginative editing, brilliant cinematography, and remarkable production values. A commercial success that was hailed by the critics won numerous awards and nominations including Academy Awards, Golden Globe Awards, and Critics’ Choice Movie Awards. A universally acclaimed film which was Metacritic’s twelfth-best-reviewed film of 2018.

A huge box-office success earning $238.5 million against $30 million, this movie is based on the 2013 novel of the same name by Kevin Kwan. This whimsical laughter riot revolves around Rachel Chu, an economics professor at NYU who travels to meet Nick Young’s (her boyfriend) family and is amazed to learn that they are among the wealthiest families in Singapore and are a member of high society. Met with the love of critics and audiences alike, this amusing movie became the highest-grossing romantic comedy of the last 10 years and was nominated for numerous awards including Golden Globe Awards and Critics’ Choice Awards.

Based on the 2014 memoir Black Klansman by Ron Stallworth, this film orbits around the first African-American detective in the Colorado Springs Police Department, as he commences to access and expose the local Ku Klux Klan chapter. Selected by the American Film Institute as one of the top 10 films of 2018, this film received huge acclaim from critics and audiences alike and was nominated for four Golden Globe Awards, six Academy Awards and many more. This commercial success received high praise for its direction, screenplay, and performances by actors.

Chosen by Time magazine as one of its top ten films of 2018, this movie was hailed by critics and viewers all around the world. An American documentary film that took us on the journey to the lessons, life, guiding philosophy and legacy of an iconic television personality, musician, puppeteer, writer, producer, Presbyterian minister, and children’s television host, Fred Rogers. The highest-grossing biographical documentary of all the time, this movie has made a special place in the hearts of audiences and was also nominated for numerous awards.

A continuation of the television series of the same name, this movie was nominated for eight Primetime Emmy Awards. A fan-favorite movie that features an ensemble cast, capturing writing, dusty drama, amazing direction, interesting storytelling and out-of-the-world performances by actors was opened with universal acclaim from critics and was loved by audiences all around the globe. On 31st of May 2019, when it was originally broadcasted on HBO it received 931,000 viewers and made a special place in the heart of its viewers.

A film that keeps the viewers on the edge of their seats is both a commercial as well as a critical success. The film revolves around the production of Tchaikovsky’s Swan Lake for which the dedicated and disciplined dancer, Nina Sayers (played by Natalie Portman) is a perfect choice for the role of innocent & delicate White Swan while the dark and sensual Black Swan is portrayed by Lily (played by Mila Kunis); also the movie showcases Nina’s struggles when she is overpowered by the feeling of destructive and enormous pressure when she learns that she is competing with Lily for her role, which leads her to lose the touch with reality and stumbles into a living and hellish hallucination. The film is a recipient of many awards and nominations like Academy Awards and Golden Globe Awards to name a few. It was on the list of the American Film Institute’s 10 Movies of the Year.

Based on Garrard Conley’s 2016 memoir of the same name is a compelling and thought-provoking story about sexuality, narrated with sophistication, skills, and courage. The movie centers around Jared Eamons, the son of Baptist parents who is forced to indulge in a gay conversion therapy program. A delight to be watched, this movie was appreciated by critics and audiences alike. Nominated for several awards, this ‘must-watch’ movie has a beautiful soundtrack, a captivating storyline, appealing performances by actors, incredible direction and everything you expect from a well-crafted movie