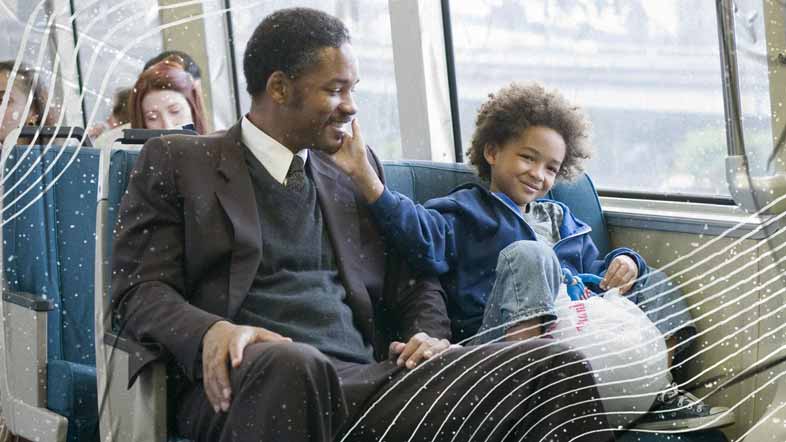 5 Best Movies on Netflix All Entrepreneurs Should Watch:

That’s why here at ClipHash, we have assembled a list of top 5 best movies on Netflix all entrepreneurs should watch. The movies we listed below have got everything you are looking for in a brilliant cinematic piece. They can inspire you, motivate you, can bring a smile on your face, and can give you the strength to go through tough times. So sit back, get some popcorn and your favorite drink, and gather your loved ones, as here is our list of 5 Best Movies on Netflix All Entrepreneurs Should Watch:

Loosely based on the 2005 book of the same name by Danny Wallace, this awesome movie is a humorous movie is a must-watch. Carl Allen’s life is going nowhere. Stuck in an endless cycle with his negative ways, Carl pursues a self-help seminar based on one basic rule, which is, say yes to everything and anything. Releasing the power of “yes” and living in a positive mindset starts to change Carl’s life in amazing and unexpected ways, getting him promoted at work and also he finds a new romance. However, his attitude to accept every opportunity might just become too much, and soon Carl learns that too much of everything (even positive thinking) is not a good thing and all opportunities shouldn’t be taken. This comedy film gives us the lesson that having a positive attitude towards life is necessary, and also tells us that while we should definitely say a Yes to life, we should not say Yes to all the things that come with it.

Based on the best-selling memoir of the same name by Chris Gardner & Quincy Troupe, this biographical drama film teaches us no matter what consequences we face or how many obstacles come in our way, we should never give up. This inspiring and heart-touching movie tells the story of Chris Gardner, a homeless salesman. Chris Gardner is an intelligent and talented medical device salesman but he is marginally employed. Struggling to make a decent living, Chris finds himself and his five-year-old son evicted from their San Francisco apartment with nowhere else to go. Chris eventually gets a job as an unpaid intern at a renowned brokerage firm. In the quest of his dream for a better life for both of them, Chris and his son face numerous difficulties, including living in shelters. In the time filled with hardships, Chris teaches some of the most valuable life lessons to his young child.

This awe-inspiring movie is one of the best movies on Netflix. Highly acclaimed by the critics, this British drama film is based on the memoir The Boy Who Harnessed the Wind by William Kamkwamba and Bryan Mealer. Born in Kasungu, Malawi, William Kamkwamba is a 13-year-old schoolboy. William is thrown out of school because his parents were unable to pay his fees. However, by blackmailing his science teacher (who is in a secret relationship with William’s sister), William kept attending his class and have access to the school’s library. By the mid-2000s, failing crops because of drought and the subsequent famine has devastated William’s village. William decides to save his village from the drought. In order to do so, William comes up with a plan to build a windmill to provide water and electricity. One of the most inspiring stories of incredible innovation, this movie shows us that at our worst/needy times, we realize our true potential and skills. We all know that knowledge is one of the greatest strengths one can have, and this incredible movie has proved it.

Highly acclaimed by the critics and recipient of numerous awards and nominations, this noteworthy movie shows us the importance of vision, dreams, hard work, and dedication. The brilliantly-crafted movie sees 14 years (1984–1998) in the life of Steve Jobs, co-founder of Apple Inc. Set in three parts, each centered around the timeframe promptly preceding the launch of an iconic product and ending in 1998 with the unveiling of the iMac, this biographical drama film takes us behind the scenes of the digital revolution to give us a closer look of the life of a  brilliant man who revolutionized and changed the use of tech all around the world. This movie also offers some insights into Steve Jobs’s personal life. With masterful direction, spellbinding performances by the cast, and praise-worthy screenplay, this must-watch movie reminds us that we all should believe in ourselves, we all struggles with problems, and the opinions of others regarding us should not matter to us or affect us negatively.

Recipient of numerous awards and nominations including Academy Awards, Golden Globe Awards, & Critics’ Choice Movie Award, and a critical as well as commercial success, this masterfully-crafted movie is an awe-inspiring cinematic experience. Cambridge University student and future physicist Stephen Hawking falls in love with fellow Cambridge student Jane Wilde. Stephen who was once a healthy & active young man finds that he has motor neuron disease at the age of 21. With Jane always by his side, Stephen begins his most ambitious scientific work — the study of time. Stephen and Jane together face demoralizing difficulties and break new ground in the fields of medicine and science, accomplishing beyond what they would ever have imagined. This biographical romantic drama film teaches us no matter how hard life gets if we believe in our dreams and commit ourselves in achieving them with hard work and dedication, and if we hold on to hope, then nothing is unachievable.