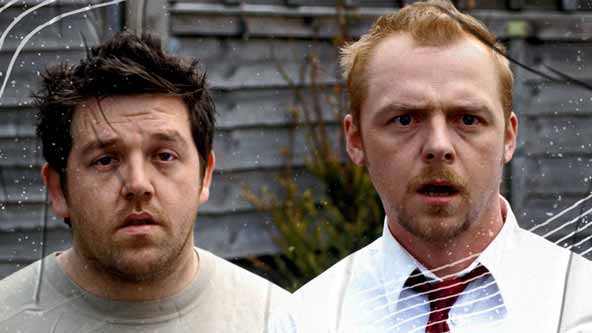 5 Best Supernatural Comedy Films: A supernatural movie and that too a hilarious one never fails to entertain. Why one wouldn’t like to be scared and laugh-out-loud at the same time? When you are bored by playing a particular genre movie, again and again, you must go for a supernatural comedy movie as these include almost all the genres in it. The following 5 Best Supernatural Comedy Films will give you a good time mix with humor and thrill and you would feel light-hearted after watching these…

So here at Cliphash, we have assembled 5 Best Supernatural Comedy Films:

This is a zombie movie and a true horror-comedy in this list. Oscar-winner, Lupita Nyong’o stars in this zombie flick. There is enough gore, thrill, and humor in this movie that will keep you on the edge of your seat. The story follows a schoolteacher, Miss Caroline, who has the responsibility to save her students amidst a zombie outbreak.  Teddy McGiggle (Josh Gad), a television personality, came for hosting a class on the field trip joins Miss Caroline. With the help of a musician, the three teams up to fight with the deadly zombies.

This movie is literally the epitome of every genre of entertainment. It is a horror, sci-fi, romantic, thriller, psycho-drama, and revenge movie with spectacular humor. Directed by Nacho Vigalondo, the movie revolves around a party-goer girl, Gloria (Anne Hathaway), who is an alcohol addict and is kicked out by his boyfriend from his apartment. Gloria now has to leave NewYork and go back to her hometown. On reaching there, she realizes that a giant creature who is destroying Seoul, she is somehow connected to this far-off phenomenon. Now Gloria must determine why is she responsible for this apocalypse on the world.

This quick-paced, wild and arresting zom-com will keep you engaged throughout the movie. With enthusiastic performances and the gruesome kills, Zombieland is a snarky ride. The plot follows a coward man Columbus, (Jesse Eisenberg) who is forced to team-up with a zombie slayer Tallahassee (Woody Harrelson) to fight the zombie apocalypse. Tallahassee is on the mission to find the last Twinkie on Earth. As they embark on the journey they find two girls who know the unorthodox ways to survive the apocalypse. But soon the squad discovers that relying on each other is not that simple as it seems to be.

This mix of zombie horror and humor is a must-watch. The plot is brilliantly written and the cast-performance is excellent. The story revolves around Shaun (Simon Pegg) who lives with his friend Ed(Nick Frost), disregards his stepdad, and ignores his girlfriend Liz (Kate Ashfield). When Liz leaves him, he feels bad and tries to get his life back on track by approaching his ex. However, that day is zombie apocalypse outbreaks and Shaun determines to be a savior for those whom he loves and heads to the Winchester, the safest place he knows.

Starring comedy genius, Bill Murray, Ghostbusters is goofy, funny and holds a hilarious plotline. The story follows three scientists who are kicked out of their university in New York where they studied the occult. For earning a living they decide to open a shop in an old firehouse and become ghostbusters where they could trap ghosts and spirits for money. Eventually, they stumble upon a getaway to another dimension that leads to the release of evil into the city. Now the ghostbusters have to save humanity and how they have no idea.