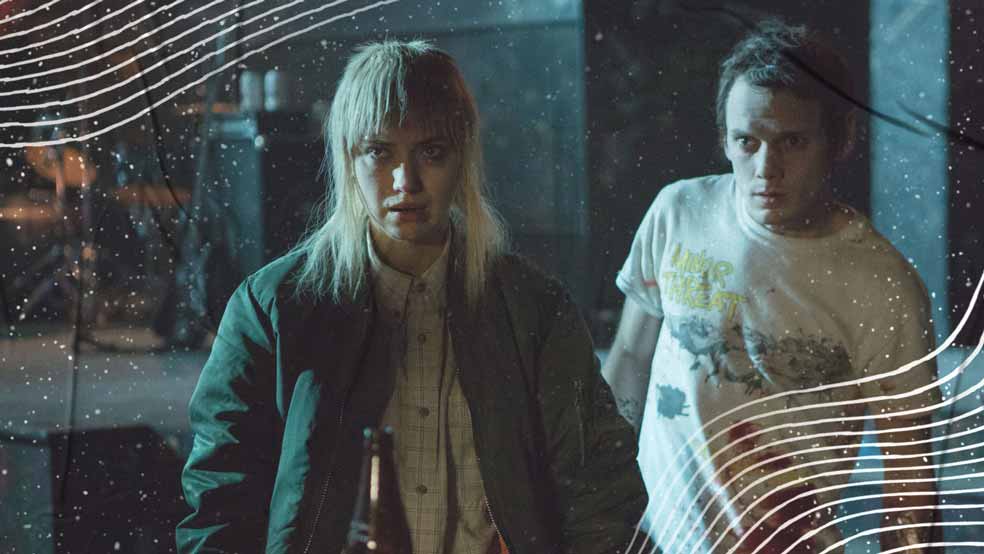 5 Best Thrillers On Netflix (Updated): Thrillers are the attention-seekers. It takes you to the whole new zone where you miss your heart-beats, breath hardly, scream in horror, and sit at the edge of your seats. There are tonnes of thrillers out there but Netflix knows which are the best and so do we.

This is a riveting and emotional movie that showcases the frustration of human conflicts. A perfectly crafted thriller and a horrifically mesmerizing tale that will make you skip your heartbeats. As the unnatural threat terrorizes the world, a family finds a secure and isolated home to save themselves. But their domestic order comes to test when another family reaches there to seek some help. Even after trying their best, the two families face mistrust and threat. The only way to protect the boy’s family comes at the cost of his soul.

This is a breathtaking movie with a genius plot. The peculiar instances from the movie will give you goosebumps. The plot follows an ominous presence, seeing which the person perplexingly commits suicide. The mysterious force becomes pervasive. A woman with her two children desperately tries to find an escape. They have only a place to reach which can save them from the mysterious effect but, to reach there they have to encounter a two-day journey blindfolded through a treacherous river and the fear of the unseen.

This action-packed crime drama will keep you at the edge of your seat and you will be biting your nails as this brilliant cinematic piece unfolds. It is a high-speed thriller with some uncanny twists and turns.  Ryan Gosling is a Hollywood stuntman who moonlights as a getaway man leads a simple life until he gets involves with his next-door neighbor and her young son. Hre neighbor Irene is vulnerable to the dangerous underworld as his husband, an ex-convict returns. Ryan is forced to get into the criminal world to protect Irene and his son from the danger while keeping his firm grip on the steering.

Green Room is a fun horror-thriller starring Patrick Stewart as Darcy, a club owner. With Patrick Stewart’s menacing performance, this movie is more than just a horror flick. Not only him, but the performance of the whole cast is also spell-bounding. This Unpredictable thriller is filled with gruesome violence and explicit gore that will raise your goosebumps. The story follows a punk rock group who is forced to fight for their lives as they witness a murder at the neo-nazi bar. It is an intelligent, wickedly-horrible movie, well crafted and a pure savage.

This is a crime drama offering more than just thrill. The plot follows Constantine Nikas aka Connie and his younger brother Nick who is developmentally disabled. The two robs one of a Newyork’s bank and flees away. While walking on a street, they are stopped by the police. Nick panics and starts running. Conney escapes but Nick gets arrested. Nikas embarks on the mission of releasing his brother from jail. He is desperate and in the journey goes through many dangerous attempts, police run-ins, shootouts, and heists to bail his younger brother out. The hair-raising instances from this movie will keep your adrenaline pumping.