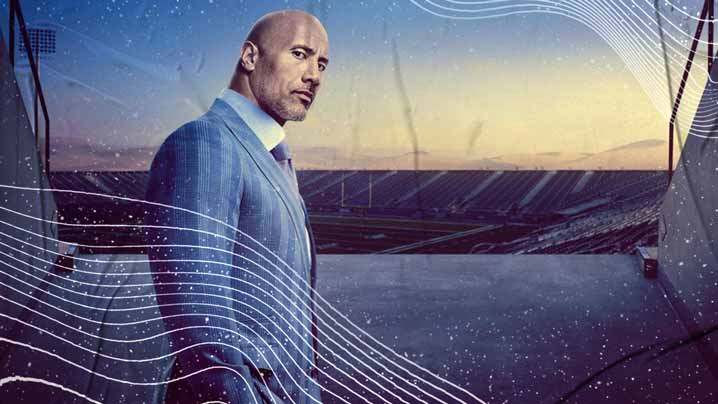 5 Best TV Series HBO is Offering For Free: We are surely facing hard & difficult times right now, but there is no need to panic. Watching TV series and movies is one of the most enjoyable and engaging things we are doing as we all are staying at our homes and practicing social isolation. And, HBO has come through with a delightful gesture as HBO has officially unlocked the largest amount of free content of any streaming platform to date.

To encourage people to Stay At Home, HBO is offering its one of the best and most popular shows for Free. Since Friday, April 3, HBO has made 500 hours of programming free to stream over HBO-i, HBO Now and HBO Go without a subscription. With an incredible collection of awesome TV series and feature films, HBO is making sure that it’s viewers are remained entertained and happy during these tough times. Make yourself comfortable, wear your pajamas, and finish your routine home activities, as here at ClipHash we have created a list of our favorite picks of Best TV series HBO is offering for free. So sit back, relax, and enjoy our picks of the 5 Best TV Series HBO is Offering For Free

If you are a fan of comedy-drama television series, then trust us, you can not afford to miss watching this awesome TV series. Positively received by the critics, this amusing and interesting series follows a retired NFL player, Spencer Strasmore. This amazing series sees Spencer navigate his life in the right direction in retirement as he becomes the financial manager of other NFL players and mentor them through the daily struggles of the football business. With 5 brilliant seasons and 47 incredible episodes, Ballers has incredible performances by an astonishing cast and a praise-worthy storyline. A highly entertaining series which is a true audience heart-winner, Ballers is surely a gem on HBO.

Highly acclaimed by the critics and dearly appreciated by the audience, Barry is the recipient of tons of awards and nominations including Primetime Emmy Awards, Golden Globe Awards, and Critics’ Choice Television Awards. Plot of this masterfully-crafted dark comedy–crime television series revolves around a former Marine from Ohio working as a hitman, Barry Berkman who is lonely and unhappy with life. Barry is sent to Los Angeles in order to kill a target and there he ends up getting involved in the Los Angeles theatre scene. Although Barry wants to start a new life, his criminal past and Monroe Fuches (Barry’s handler) won’t let him do that so easily. If you are looking for an incredible and intriguing series, then Barry is perfect for you.

This comedy television series will always be mentioned whenever we will be talking about the best series on the HBO. With the numerous awards and nominations including Critics’ Choice Television Awards, Golden Globe Awards, and Primetime Emmy Awards, Silicon Valley has won the hearts of the audiences and has been adored by the critics all around the globe. This brilliantly-crafted TV series circles around the struggles of a Silicon Valley engineer, Richard Hendricks who is trying to establish his own company called Pied Piper. With 6 brilliant seasons and 53 incredible episodes, Silicon Valley has got intriguing characters, well-written storyline, praise-worthy performances by the cast…and, at the end of the day, this exciting show has got everything you search in an amazing TV series.

This iconic TV series is one of the most incredible shows on HBO. Masterfully-crafted, exceptionally well-written script and storyline, and outstanding performances by its cast…this heart-touching TV series was highly acclaimed by the critics, and dearly loved & appreciated by the audience. Hailed as one of the greatest television series of all time, the plot of this brilliantly-crafted show follows the lives of the Fisher family, a dysfunctional family who together with their friends and lovers run a small funeral home in Los Angeles. With 5 exceptional seasons and 63 remarkable episodes, this drama television series has emerged as one of the most beloved TV series. Recipient of numerous awards and nominations, if you are not watching this excellent TV series, then trust us, you are making a big mistake.

Highly acclaimed by the critics, winner of several major awards (including Primetime Emmy Awards, Golden Globe Awards, and Critics’ Choice Television Awards), excellent performances by an amazing cast, brilliantly-written storyline, intriguing & engaging plot…these are some obvious reasons that make Veep a must-watch on HBO. This political satire comedy television series revolves around a fictional vice president, Selina Meyer who learns that being Vice President of the United States is not at all like she imagined, however it is everything she was cautioned about. Veep follows Selina and her team as they try to make their mark and leave an unending legacy without getting entangled in the everyday political games. Cited as one of TV’s greatest comedies, this highly entertaining, charming and skillfully-crafted show is surely a TV series you need to watch before you “kick the bucket”.