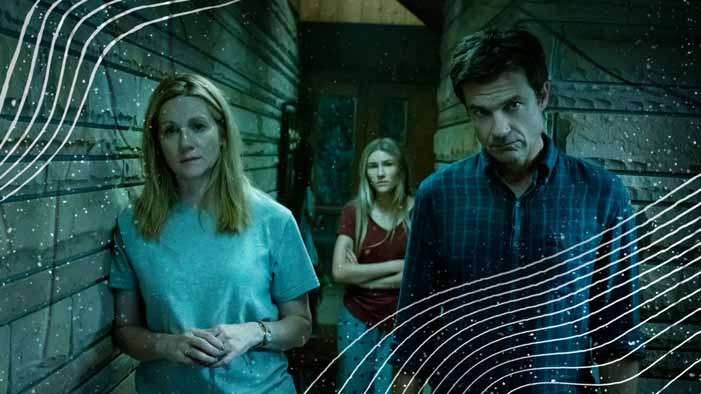 5 Must-Watch Shows Like Money Heist: We all love Money Heist, isn’t it? The Spanish heist crime drama television series has become a fan-favorite series on Netflix, and it’s obvious that now we all want to find out that are there more series like Money Heist out there?

The answer is Yes. Obviously, there can not be another series as incredible as Money Heist out there, but if you are craving for other shows like Money Heist, then here especially for you we have created a list of shows that can satisfy your cravings for shows like Money Heist easily. The following TV series have incredible cast performances, intriguing storylines, engaging atmosphere, praise-worthy direction…and at the end of the day, everything you expect from a well-crafted show. So buckle up, as here is our list of 5 Must-Watch Shows Like Money Heist.

Prison Break surely is a crowd-pleaser. This highly successful series has inspired a video game, numerous official tie-ins in print and on the Internet, a spin-off series (Prison Break: Proof of Innocence), a tie-in novel, and an official magazine. The story of this television serial drama revolves around Lincoln Burrows, who has been sentenced to death as he is falsely accused of the murder of the Vice President’s brother. Michael Scofield (Lincoln’s brother) comes up with an intricate plan to help his brother escape the prison and prove his innocence. And to do so, Michael purposely gets himself sent to the similar prison as his brother, and escape from prison with Lincoln before his execution. Appreciated by the critics and recipient of various awards and nominations, if you are looking for an engaging & intriguing series, then this awesome series is perfect for you.

A spectacular cast that has given an outstanding performance, praise-worthy direction, incredible storyline, eye-catching visuals, and stylish cinematography, Peaky Blinders has got everything in it that you will not able to resist yourself from binge-watching it. This masterfully-crafted period crime drama television series is set in Birmingham, England, and follows the story of the Shelby crime family in the aftermath of the First World War. Thomas Shelby is the leader of the Peaky Blinders and with the help of his gang, he plans to stop anyone who gets in his way and build an empire for himself that will extend beyond Birmingham. Highly praised by the critics and loved by the audiences, this well-written TV series is the recipient of various awards and nominations including BAFTA Television Craft Awards, TV Choice Awards, and National Television Awards.

Highly acclaimed by the critics, dearly loved by the viewers, recipient of tons of awards and nominations including Critics’ Choice Television Award, Primetime Emmy Awards, and Golden Globe Awards, Fargo is a television series that you seriously cannot afford to miss watching. The plot of this brilliantly crafted show revolves around numerous stories of deception, intrigue and murder in and around Minnesota. However, all these stories strangely lead back somehow to Fargo, North Dakota. With outstanding performances by an incredible cast, praise-worthy cinematography, intriguing atmosphere, engaging style, and dark humor, this black comedy–crime drama anthology television series is an excellent cinematic piece. Inspired by the Fargo (a 1996 film written and directed by the Coen brothers), this incredible TV series is perfect to binge-watch on a leisurely weekend with your loved ones.

Achieving the highest BBC viewing figures since 2008 and the highest viewing figures for a new BBC drama in the multichannel era, this amazing series has got everything you are looking in a masterfully-crafted, engaging, and entertaining TV series. This police-thriller television series revolves around Police Sergeant David Budd. David is a British Army war veteran who is dealing with a deteriorating relationship with his wife and is suffering from PTSD. Now working for the Royalty and Specialist Protection Branch of London’s Metropolitan Police Service, David is promoted as the principal protection officer (PPO) for the Julia Montague, the ambitious and powerful Home Secretary, whose politics stand and beliefs clashes with David. Highly acclaimed by the critics, dearly appreciated by the viewers, and recipient of tons of awards and nominations including Golden Globe Awards and Primetime Emmy Awards, this incredible TV series will give you an unforgettable cinematic experience.

With 3 incredible seasons and 30 remarkable episodes, Ozark is surely a gem on Netflix. Met with critical acclaim and audience appreciation, this intriguing series is the recipient of numerous awards and nominations including Golden Globe Awards, Primetime Emmy Awards, and Screen Actors Guild Awards. The plot of this engaging and entertaining series revolves around Marty Byrde, a self-employed financial advisor. When a money-laundering scheme for a Mexican drug cartel goes wrong, Marty with his family moves from Chicago to a summer resort community of Osage Beach, Missouri. By setting up a bigger laundering operation in the Ozarks region, Marty must make amends to the Mexican drug lord in order to keep his family safe. While the Byrdes become entangled with local criminals as they arrive in Missouri, the desperate circumstances push the broken family to reconnect. With praise for its performance by the cast, tone, and direction, this crime drama web television series is surely a must-watch.