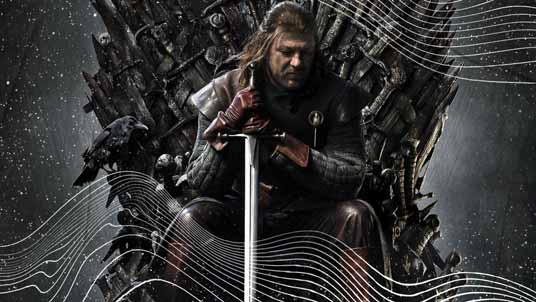 7 Best TV Shows Of The Decade: We all have welcomed the glorious 2020 in our lives and we are going, to be honest with you, we are missing 2010s. The marvelous 2010s has given us some beautiful memories that include some masterfully crafted TV shows that we all loved. The past decade of television has catered us the most awesome TV series, from the sentimental family dramas to the amusing comedies that gave all of us some good belly laughs, the 2010s had it all.

The television of the 2010s has changed not only the television industry, but it has also changed the entertainment industry as a whole. Though there were some remarkable TV series in the 2010s that we will be watching till we “kick the bucket”, but it is fair to say that all TV series of the 2010s were not that good. So, if you want to rewind (like we do) and indulge in the most fascinating & spellbinding TV series of the past decade, then you better “hit the ground running” as here at ClipHash we have assembled our picks of 7 Best TV Shows Of The Decade that made us couch-potatoes.

Highly acclaimed by the critics & appreciated by the viewers, this masterfully crafted series stresses on topics like addiction, sexism, depression, trauma, racism, self-destructive behavior, sexuality, and the human experience. A visual treat with some thought-provoking messages, this awe-inspiring series is set in an alternate world where humans and anthropomorphic animals live side by side. Recipient of tons of awards & nominations, this intriguing series revolves around BoJack Horseman, a washed-up star of the 1990s sitcom “Horsin’ Around” who plans to resurrect his celebrity status with a tell-all autobiography. Cited as one of the best-animated series of all time, this masterpiece series is surely one of the greatest television series of the 2010s.

One of the most remarkable shows of the 2010s, this thought-provoking show dealt with topics like death, rebirth, faith, the afterlife, and supernatural activities. Praised by critics and audiences alike for its writing, direction, in-depth story, musical score, and performance by its cast, this series has developed a cult following. The Leftovers is based on Tom Perrotta’s novel of the same name and begins three years after the “Sudden Departure”, a global event that resulted in 2% of the world’s population disappearance. The series focuses on the lives of Kevin Garvey and his family, along with grieving widow Nora Durst and her brother, Matt Jamison, as they struggle to cope up with the cataclysmic event and adjust with their lives after the Departure.

With The American Film Institute listing it as one of the top ten television series of 2013, 2014, 2015, 2016 and 2018 and Insider naming it as one of the “50 TV shows everyone should watch in their lifetime”, The Americans is one of the most incredible television series which has won praise for its writing, production, characters, direction, and performances by its cast. Highly acclaimed by the critics and viewers, with numerous publications citing it as the best show on television, The Americans is set during the Cold War and revolves around the story of Elizabeth and Philip Jennings, two Soviet KGB officers pretending to be American married couple living with their children Paige and Henry, in Falls Church, a Virginia suburb of Washington, D.C.

This comedy-drama series which is “About a Woman on the Verge of a Nervous Breakthrough” has the potential to lighten up your dark days with smiles and inspiration. Highly acclaimed by the critics, this appealing series has been nominated for Primetime Emmy Awards & Golden Globe Awards. This delightful series follows the story of a self-destructive executive Amy Jellicoe, who, after having a very public breakdown at her job undergoes a month-long holistic treatment program. At the program, Amy has a philosophical awakening. Amy returns to her old life with a new & positive approach, with the aim to get it all back together. For her role in this captivating series, Laura Dern won the Golden Globe for Best Actress – Television Series Musical or Comedy.

From receiving very high critical acclaim to winning the hearts of the viewers all around the world, Fleabag is such an amazing series that you can not afford to miss it. Recipient of tons of awards & nominations, this awesome comedy-drama series is based on Phoebe Waller-Bridge’s one-woman play of the same name from the 2013 Edinburgh Festival Fringe. This amusing, brutally funny, and masterfully crafted show revolves around Fleabag, a sexually-liberated, bad-tempered young woman. This great show explores how a grief-stricken & complicated Fleabag navigates her modern-life in London aftermath of a trauma. With magnificent performances by its cast, exceptionally-well written story, and excellent direction & production, Fleabag is an awe-inspiring show.

Highly praised by the critics & very-well received by the viewers, this ambitious and skillfully crafted series is ranked at the 10th position on The Guardian’s list of “the 100 best TV shows of the 21st century” in 2019. With excellent direction, masterful production, remarkable performances by its cast, and very well written story, this universally acclaimed series revolve around Earnest “Earn” Marks as he tries to improve his and his family life. Earn who is broke and has no home tries to desperately reconnect with his cousin Alfred “Paper Boi” Miles after learning that he is on the edge of stardom. Earn becomes manager of Alfred and together with Darius Epps (Alfred’s right-hand man and visionary), the three of them try to make through the Atlanta rap scene and along the way struggles with issues like race, relationships, poverty, status, and parenthood. An exceptionally well-made series that will give you the true cinematic experience, Atlanta is a must-watch.

One of the most popular series of the 2010s, Game of Thrones is based on the best-selling novel “A Song of Ice and Fire” by George R. R. Martin. Praised by the critics & admired by the fans for the performances by its cast, visual effects, complex characters, story, direction, production values, costumes, and locations & sets, this jaw-dropping series has a huge fan following and has won numerous awards including Golden Globe Awards, Primetime Emmy Award and many more. This intriguing series revolves around several noble families who fight for control of the Seven Kingdoms in the mythical lands of Westeros. As the kingdoms of men clash, an ancient enemy rises once again after being dormant for thousands of years to threaten them all.