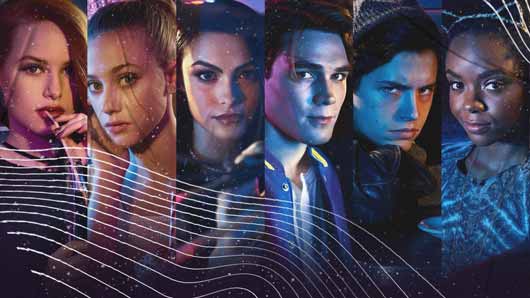 There are some shows which you don’t want to watch with people around you. These guilty pleasure shows are some of them. We sometimes enjoy watching shows stuffed with melodrama & overdone rom-com and Netflix knows that. So, there are a number of best guilty-pleasure shows to binge-watch on Netflix which will take your mind off the world.

So here we have assembled 5 best guilty-pleasure shows to binge-watch on Netflix right now:

If daytime soap is your thing, What/if can be an ideal pick for you. This neo-noir series is filled with melodrama and juicy twists. Zellweger is simply amazing in her role keeping the audience on their toes. The story revolves around how a single tragic decision can change someone’s life upside down.

Riverdale is a teen American drama series. The series takes place in a small town, which initially seems perfectly conventional but the story twists when the high school teens come across a mysterious murder. Other than the mystery, what keeps the series more likable is its charismatic characters Betty, Veronica, and Jughead. It is an addictive series that guides us through many smoke-screen tactics, keeping us on the edge of the seats.

“You” is an unpredictable rom-com series. It is a great series with its outstanding cast. “You” can be considered as the best psychological series of recent years. The story revolves around a bookstore manager,  Joe Goldberg who falls in love at first sight with a graduate student, Guinevere Beck. He gets so obsessed with his love that to remove hindrance, he uses social media and other technology to track where she is.

The American teen drama is based on the best selling series of young adult Novels written by Cecily von Ziegesar. The series has been a big success winning 18 teen choice awards. The story orbits around the upper-class privileged teens living in Manhattans upper east side. The series begins with the coming back of the east side’s most notorious party girl,  Serena van der Woodsen. No one knows the identity of Gossip Girl, but the mysterious blogger has all the updates and secrets about the upper east side teens.

Scandal is an American political thriller starring  Kerry Washington as Olivia Pope. The series encounters a black woman in power who acts as a fixer of some corrupt politicians of capitol hill. It turns strikingly dramatic as Olivia’s ex-boyfriend turns up to be the president of the United States.  This political series delivers some of the most inhumanly and melodramatic instances.

A musical comedy-drama revolves around a fictitious “Glee Club” whose members deal with social issues such as relationships, race, bullying, and sexuality. Glee finds beauty in tragedy as it cleverly presses on social and sensitive issues through its musical notes. The series includes almost all the plights that a school teenager faces in his/her school

The American supernatural series revolves around horror, occult, and witchcraft. The series is full of spectacular premise, thrilling visuals and commendable directing. Series includes horrifying practices like the worship of satan, the magic users and their magical community. “Chilling Adventures of Sabrina” is a nightmarish yet engaging series as it cleverly presents friendship, romance, and sexism.