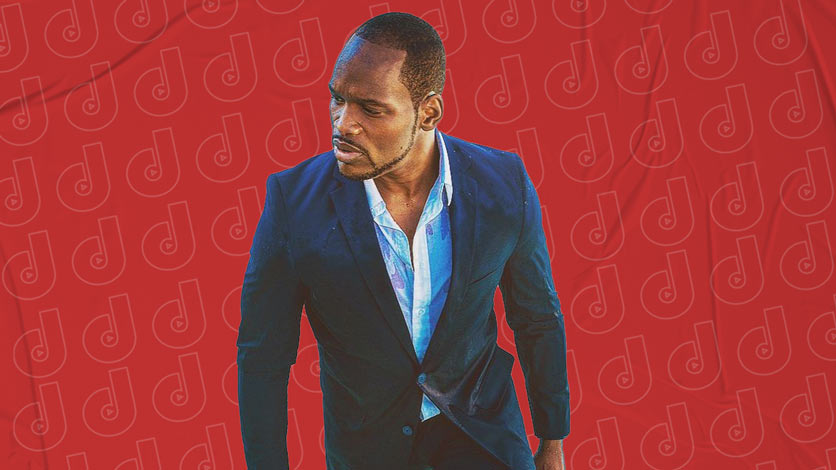 In this segment of Discover Me, we catch up with the amazing Gene Freeman, who is an incredible stuntman & actor. Gene Freeman, who has worked as the stunt double of Greef Karga in “The Mandalorian” shares some highly fascinating insights about his journey & creative process with us in this Discovered interview. So buckle up & read on…

Part of projects like “The Murder of Nicole Brown Simpson”, “The 2nd”, “The Debt Collector”, “Into the Dark: Pooka!”, and “6 Ways To Die”, etc., Gene Freeman is fueled to do his work & create content that aims to tell stories and have a conversation that challenges & break stereotypes. Gene also tells us how his parents’ comic book store became a reason for him to create the content.

Gene says he discovered his passion for being an actor and stunt performer when he came to Hollywood with his friends & family to pursue entertainment. Gene, who’s been a part of the television series “S.W.A.T.” as a stunt double tells Discovered that actors can get away when they don’t have a particular skill set, but for the stunt performer, it’s all about having that skill set, and that’s what inspired him to learn more skills and continue on the path to becoming an actor & stunt performer.

In this Discovered interview, Gene also shares advice for people who are aiming to pursue the entertainment industry. He says being consistent & determinant is the key. According to Gene, if you put effort into your work, learn your craft, watch stuff, research, experiment, try different things, etc. then it will surely pay off. Gene says you need to just start creating, find things that you like, reenact them, and see how it went…that’s how you learn & grow.

Gene also discusses his upcoming projects, projects he loved being a part of, and his experiences working on different projects and sets with us in this insightful Discovered interview.

When it comes to us i.e. Discovered, Gene says that being on a platform that allows you to recoup not just money but momentum is great. Gene, who’s been a part of Henry Danger (TV Series) as a stunt performer says that aligning yourself with the ones who can help you progress and move forward is important and Discovered do that. Gene also mentioned the Fair Trade (50-50) policy of Discovered in this interview by saying that a lot of times you are a piece of the pie, but you only get a slither of pie, so to be in a space where you have a powered ally that respects you & your work, and says here’s half of it…that says a lot.

We hope you enjoyed reading this article. Here we have mentioned only a few highlights from the whole Discover Me interview. To catch the complete insightful interview of Gene Freeman, please head over to Discovered.

And…if you are an aspiring creator or if you are interested just to know more about content creation, then go to Discovered and become a fan as we constantly give tips & highly useful information related to the industry & content creation which can help you become a more successful & better content creator.

A firm believer of Fair Trade i.e. 50-50 profit-sharing, Discovered aims to support emerging artists by promoting them & giving them a free global digital distribution platform through which they can share their content, music, vlogs, videos, etc. and earn more. A free streaming platform for gaming, TV, music, movies, etc., Discovered is free for both creators and viewers, and has a great variety of amazing & highly enjoyable content.