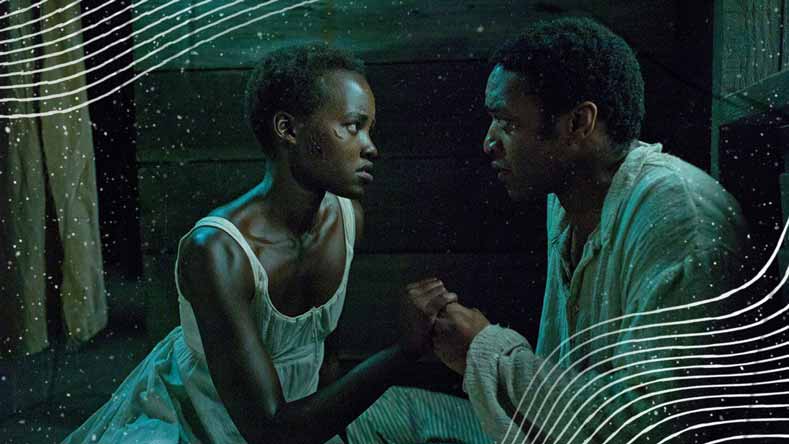 Five Best Movies Of The Decade

It’s almost 2020 and we are feeling nostalgic. The amazing 2010s has given us some beautiful memories that include some brilliantly crafted movies that we all loved. This decade has offered us the most amazing cinematic experiences, from tearjerking dramas to action thrillers that got us buzzing with excitement, the 2010s had it all. And here are your picks of Five Best Movies Of The Decade.

Though this amazing decade has catered us a movie library that we all are going to watch for the coming decades, it is fair to say that every movie of the 2010s was not really good. So, if you want to rewind (like we do) and watch the most intriguing & captivating movies of this decade, then start the ball rolling as here we present you our picks of Five Best Movies Of The Decade.

This brilliantly-crafted movie received tons of awards & nominations including Academy Awards & Golden Globe Awards. Highly acclaimed by the critics & loved by the audience, this movie follows one week in the life of Llewyn Davis, a young folk-singer. Llewyn, who is a proud but struggling singer navigates the Greenwich Village folk scene of 1961 as he tries to relaunch his career as a solo act after the suicide of his musical partner, Mike Timlin. Depending on the kindness of both friends and strangers, Llewyn struggles with hopeless obstacles in order to make a name for himself in the music business.

This Academy Award-nominated movie received high critical praise for its screenplay, direction, performances, and satirical themes. A huge commercial success, this movie follows Chris Washington, a young African-American man who pays a visit to his girlfriend’s parents after she invites him for a weekend getaway upstate with Missy and Dean. At first, Chris interprets the family’s overly hospitable behavior as nervous attempts to deal with their daughter’s interracial relationship. However, as the weekend progresses, Chris discovers a series of disturbing secrets that lead him to a truth that he could have never thought of.

Adapted from Ben Mezrich’s 2009 book The Accidental Billionaires, this amazing film received critical acclaim for its direction, screenplay, acting, editing, and score. In 2003, Harvard University student Mark Zuckerberg starts work on a new idea that eventually turns into a global social networking website known as Facebook, which made him one of the youngest billionaires ever. However, Zuckerberg learns that his extraordinary success leads to legal troubles as he is sued by Cameron and Tyler Winklevoss, who claimed that Mark stole their idea and by one of the co-founders of Facebook Eduardo Saverin, who was later squeezed out of the business.

Named as one of the best films of 2013 by various several media outlets and critics, this movie is a must-watch. In the antebellum United States, Solomon Northup, a free black man from upstate New York, is kidnapped and sold into slavery in the south. As Northup struggles to survive and maintain some of his dignity, he is treated brutally by one ruthless and sadistic owner Edwin Epps, but he also finds unexpected compassion from another owner, William Ford. Then in the twelfth year of the demoralizing slavery, a chance meeting with Samuel Bass, an abolitionist from Canada changed Northup’s life forever.

With ten nominations at the Academy Awards & universal critical acclaim, Roma became one of the most remarkable movies of the decade. Set in 1970 and 1971, this well-crafted movie follows Cleo, a young domestic worker for an affluent household in the Colonia Roma neighborhood of Mexico City. Cleo is one of two domestic workers who help Antonio and Sofía take care of their four children. Difficulties arise when Antonio runs away with his mistress and Cleo finds out that she is pregnant, while her boyfriend refuses to acknowledge that the baby is his.

Widely praised for its direction, screenplay, action sequences, score, cinematography, and the ensemble cast, this movie is an exceptional cinematic experience. 50 years after the apocalypse, the world has become a desert wasteland and civilization has collapsed. The brutal Immortan Joe has enslaved apocalypse survivors inside the Citadel. Imperator Furiosa rebels against him when she takes the initiative to save the Five Wives. She builds an alliance with Max Rockatansky. Embattled in the enormous, armored truck the War Rig, they try to defeat the tyrannical Immortan Joe and his army in a dangerous high-speed road battle.

This critically acclaimed & Academy Award-winning documentary shows the rise and fall of a former football player, actor, and convicted felon, O. J. Simpson. This engaging documentary examines O. J. Simpson, from his rising football career at the University of Southern California, and his popularity within American culture, to his trial for the murders of Nicole Brown Simpson (his ex-wife) & Ronald Lyle Goldman and following acquittal. The documentary also explores how he was convicted and imprisoned for the Las Vegas robbery.