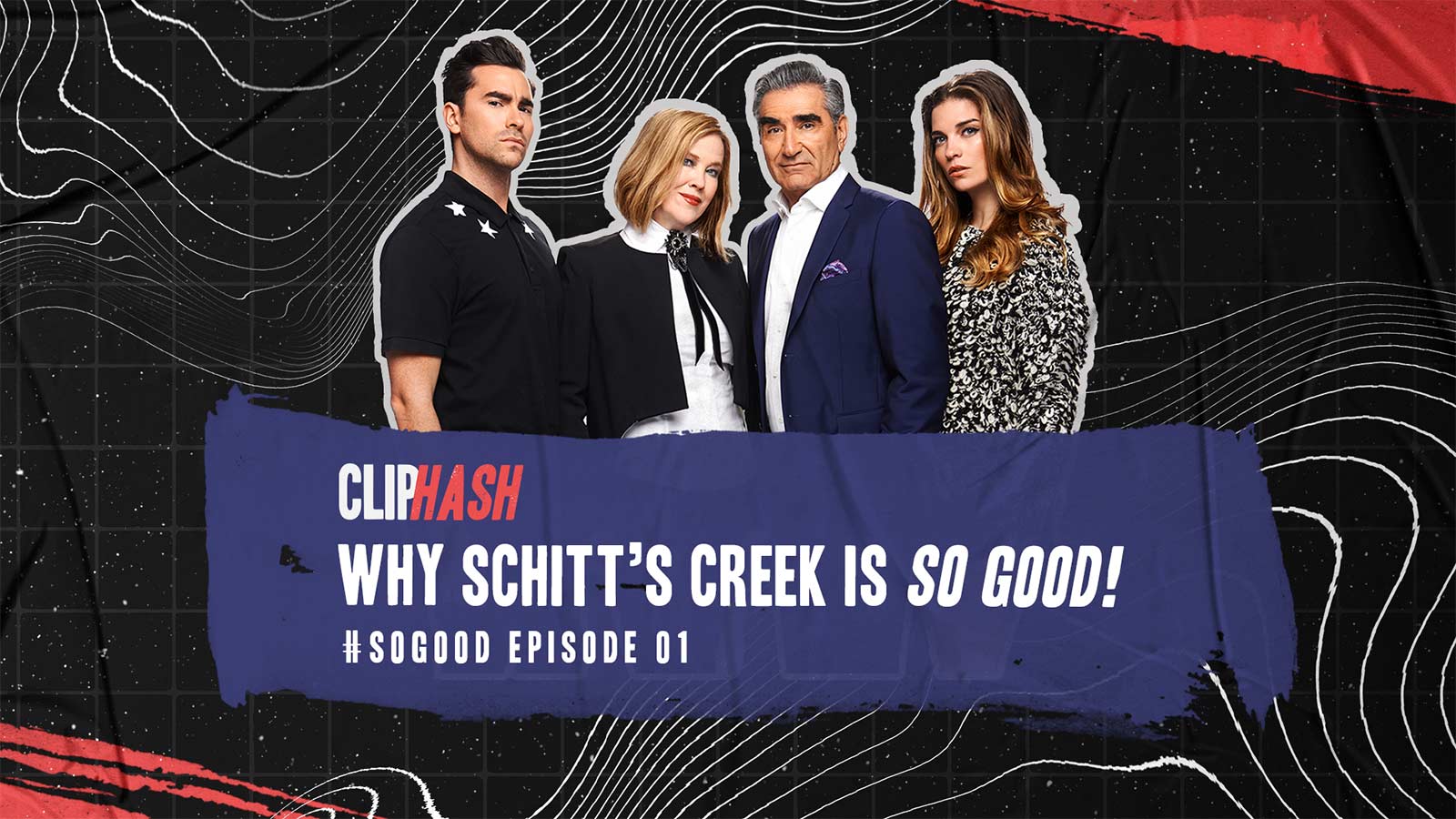 An amazing sitcom with a big heart beneath all its jokes & craziness…and that’s why Schitt’s Creek is so good.

Schitt’s Creek is so good : these mere words that you are about to read can’t describe how much we adore this excellently crafted sitcom which was (and is) nothing less than a masterpiece. Possibly the best sitcom of the last decade with a massive cult following, the vicissitudes of our beloved Rose family, the blossoming of David & Patrick’s relationship, wholesome & inspiring character development of every single character, and much much more…the rise of Schitt’s Creek is nothing less than legendary & iconic.

The Emmy award-winning television sitcom is a surprise hit that swept off both critics & audiences by their feet and became one of the most acclaimed & record-breaking sitcoms of all time. A pathbreaking sitcom, Schitt’s Creek has undoubtedly become a happy place for almost all of us & we can give you many many reasons why that adorable sitcom is so good, so perfect, and why you & everyone should watch it.

Arguably one of the best shows ever created, Schitt’s Creek had a massive breakthrough, and it fairly deserves every single award & word of praise it has gained. So yes, Schitt’s Creek (which is available on Netflix) is really that good and here we have listed *some* really very good reasons that why you should totally watch this masterfully crafted sitcom –

1. LGBTQIA+ representation – as normal, positive, and effective as it can be.

Representation is really important and necessary, and Schitt’s Creek surely understands that. In our opinion, Schitt’s Creek represented the LGBTQIA+ community & relationships in the most normal, accepting, positive, respectful and entertaining way. The way the sitcom showed acceptance, inclusion & tolerance towards the LGBTQIA+ community in a very simple way is highly commendable & very effective. We all bawled our eyes out when Patrick sang “Simply the Best” for David. *sobs in the corner*

We mean, Moira Rose’s iconic wig collection a.k.a. “the girls” almost had its own storyline. Every single wardrobe choice of David & Alexis is just *chef’s kisses*, and Stevie’s IDGAF tomboy look adds another dimension of fashion to the sitcom. And when it comes to legendary Moira Rose’s wardrobe choices, then there is only & only PERFECTION.

3. Wholesome beyond expectations – your heart will be swelled with emotions.

If you want to sum up Schitt’s Creek in one sentence, then it would be; “a hilarious sitcom with a big emotional heart”. From the heart-warming friendship between David & Stevie, the chucklesome yet deepening emotional bond of the Roses, the breathtakingly beautiful relationship of Patrick & David, the blossoming & touching friendship of Alexis & Twyla, and the acceptance & understanding everyone had for each other in Schitt’s Creek…all these and much more make Schitt’s Creek one of the most wholesome sitcoms ever made. It’s the smile-inducing wholesomeness of Schitt’s Creek that has made it a safe & happy place for all of us.

4. Hello to the Character Development!

The character development of not only the Roses, but other folks of Schitt’s Creek is not only humorous, heart-touching, but in some way or other, it is very inspiring too. Stevie opening up & building meaningful relationships, Twyla showing an amazing side of her, the Roses becoming more aware of reality & adjusting to the life of a small town while making their bond healthier than ever…Schitt’s Creek awe-inspiringly showcased the relatable growth of its each & every character in the most entertaining & uplifting way. Schitt’s Creek showed the world that character development can be extremely funny, wholesome, and touching.

5. A Perfect sitcom – hilarious, quick episodes, and everything missing on television today.

Quirky characters, a run-down motel, a delusional family who used to be rich, perfect cast, extremely hilarious yet wholesome situations, brilliantly written scripts, awesome premise, wardrobe & costumes that define the meaning of extravaganza, unique & innovative jokes/phrases that you can relate to & will want to adopt, heart-touching relationship, emotionally-moving & inspiring character development, perfect show run time of 22 minutes (42 minutes for special episodes), dashed with a perfect yet bittersweet ending and the perfect dose of romance, and much more…Schitt’s Creek is literally a perfect sitcom, and that’s a fact.

6. Writing – jokes/phrases that’ll get you ROFL & vocabulary that’ll make you pick up a dictionary.

If your jaw didn’t drop on the floor out of sheer amazement & love after hearing Moira Rose’s out-of-this-world phrases/jokes in the most hilariously distinctive & impressive accent, then we think you can’t be impressed by anything in this world. And Moira is not the only character that has her share of the most amazeballs dialogues, jokes and phrases in the sitcom. Every single character of Schitt’s Creek had their fair share of the most amusing & entertaining jokes & phrases that’ll literally give you hysterical belly laughs. And if you don’t agree with us, then as David said, “Eat Glass”.

7. Schitt’s Creek – Simply, a place where we all want to live.

If you read this whole article that we wrote by working very hard *hehe*, so you already know why & how Schitt’s Creek has become a safe & happy place for all of us, where we all want to live. Aside from the sitcom’s incredibly hilarious & entertaining jokes & phrases, Schitt’s Creek presented us with a world which we dream about…a world with understanding, inclusion, tolerance, and acceptance. Just imagine living at a place where you know you will not be prejudiced against, discriminated against, or hated because of your sexuality, skin colour, social status, past, job, or any of such other stuff. It’s still a dream for most of us (and hopefully, someday it’ll come true for all of us).

In this article:#SOGOOD,Why Schitt's Creek Is So Good? ClipHash #SoGood Episode 01