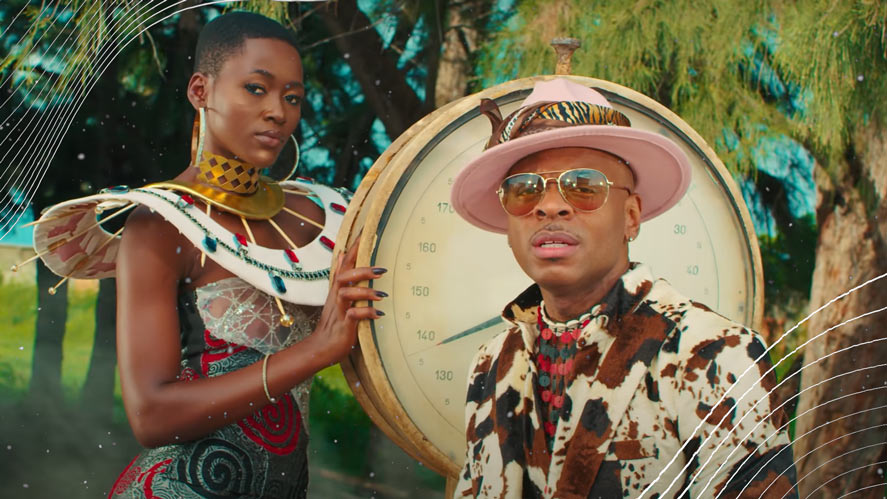 A highly enjoyable song with a thought-provoking message, the collaborative song titled “Woman” by Stokley & KiDi is nothing less than a masterfully crafted anthem.

Written & produced by Shakespear!, S.Dot, and Stokley, this powerful collaboration honours and celebrates the power, strength, and beauty of women.

Through awe-inspiring lyrics, astonishing vocals, incredible production, and a catchy beat, Stokley & KiDi sings about the power, dedication, and perseverance of black women in this excellently crafted song.

Directed by REX, the music video of “Woman” is as gorgeous & scenically-pleasing as it can be. Set against the picturesque & mesmerising landscape of Western and Central regions of Ghana, the beautiful melanin-packed music video stars Ghanaian models and was first premiered on BETHer and BET Soul.

Stokley and KiDi are dressed to the nines in the visuals of “Woman”, but it’s the gorgeous Ghanaian models who steal the show and our hearts. Dressed imperfectly in African prints, bright colours and crowns, the visuals of “Woman” accurately matches the respectful & loving sentiments of the song.

Positive, empowering, and celebrating the grace & power of black women, this wonderful Afrobeat-flavored track is a love letter to women draped with respect & gratitude.

Stokley has been exhilarating our excitement day by day for his sophomore album “Sankofa”. With awesome tracks like “She…” and “Cascade” (featuring The Bonfyre), the Mint Condition frontman has already got us on the edge of our seats for the album. And now with “Woman”, which is an awesome track that incorporates an irresistible R&B groove and island feel, Stokley has made it really difficult for us to wait for Sankofa, which will probably be releasing later this year.

Let’s just say that with “Woman”, Stokley and KiDi once again proved their calibre as elite hitmakers of the music industry. Go and stream Woman now on Discovered & other music platforms.

Check out Discovered & ClipHash as we are here to provide you with everything entertainment-related 24/7.